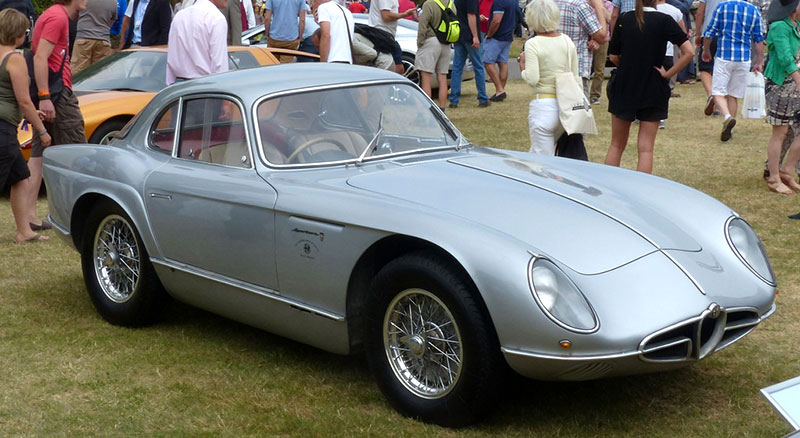 Designed by Bertone Studios, the Alfa Romeo 2000 Sportiva was developed as a concept car in 1950. The car was all set for production and 2 coupes and 2 spiders were produced for the concept. The car’s production was halted by the introduction a more commercially viable the Giulietta Sprint.

The 2000 Sportiva was powered by a 2 liter 1997 CC straight-4 engine that gave the car a top speed of 220 km/h. the body was made with all aluminum parts and a Space frame chassis and Di Dion axles. The designer of the car was the famous Franco Scaglione who worked for Bertone Studios. Image Credits @ stkone