Alfa Romeo BAT is a series of concept cars which were designed and built in a collaboration project that happened between Alfa Romeo and Bertone Studios. The project BAT resulted in the creation of 3 concept cars of them, were designed by Franco Scaglione. The 3 cars were unveiled each year between 1953 and 1955 at the Turin Auto Show. The BAT 5 was released in 1953, the BAT 7 in 1954 and finally the BAT 9 in 1955. 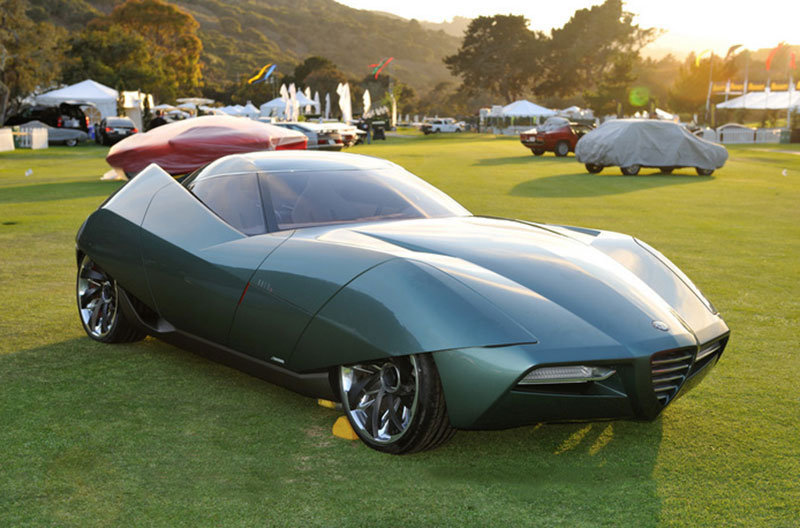 Built on the Alfa Romeo 1900 chassis the BAT were created in order to design a car with the lowest possible drag coefficient. BAT is an acronym which refers to the ‘Berlinetta Aerodinamica Tecnica’ project which was collaboration between Alfa Romeo and Bertone Studios. The curved fin and the large bumper at the rear provided a design which was ahead of its time. The cars were successful of achieving the lowest possible drag coefficient of 0.19 which was remarkable even for today’s standards. All the 3 cars were powered by a 4 cylinder engine and a 5 speed manual gearbox and the maximum speed reached was 125 km/h.