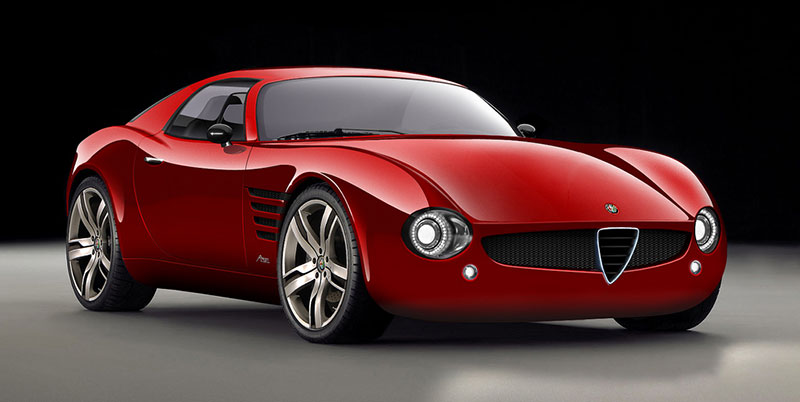 Alfa Romeo Canguro was designed by Giorgetto Giugiaro during the time he worked for Bertone. The car was unveiled at the Paris Auto Show in 1964 and was based on the Alfa Romeo TZ. The coupe style Canguro featured a lightweight fiber glass body instead of aluminum and was powered by a 1570 CC 4-cylinder engine. The chassis of the Canguro was derived from the TZ and is made in high strength steel. The Canguro also featured a 5-speed manual gearbox and a front engine, rear-wheel drive layout.

Interestingly, the Canguro was created in order to project a TZ based road car to Alfa Romeo. But, due to Autodelta’s failure to create enough chassis for the TZ resulted in the proposal’s failure. However, in 2005, courtesy a Japanese collector who built the car secretly, made its modern debut 2005 Villa d’Este Concours d’Elegance, where it won the Best Car award. Image Credits @ puddinualessandro