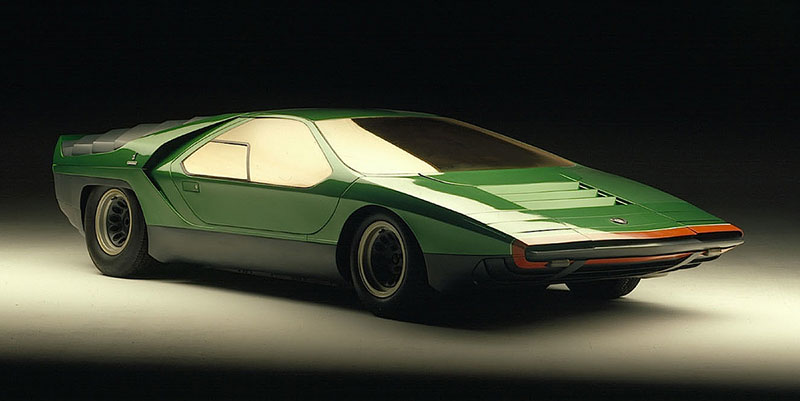 First unveiled at the 1968 Paris Motor Show, the Alfa Romeo Carabo was designed by Marcello Gandini of Bertone Studios. The name of the car ‘Carabo’ is derived from a special species of the ground beetle called Carabidae, which in turn is the reason for the car’s peculiar green and orange color scheme.

The car was built using the chassis of the famous 33 Stradale by Alfa Romeo and is powered by V8 engine that produced 172 kilowatts at 8800 RPM. The power helped the Carabo to achieve a top speed upto 250 kilometer per hour. The scissor doors made famous by Lamborghini were first used in this car. The car was attempted to be purchased by Sam Foose, the father of the American hot rod builder Chip Foose. He later built a replica of this car after the failure of the purchase deal, based on the De Tomaso Pantera platform. Image Credits @ Auto Clasico