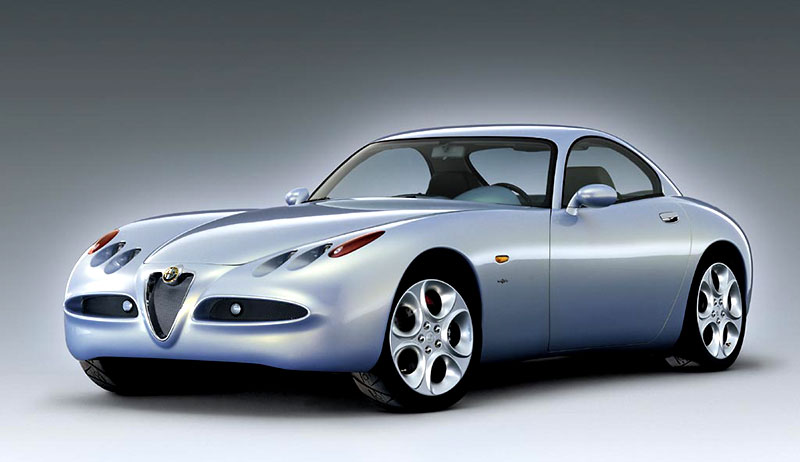 Launched at the Paris International Auto Show in 1996, the two door coupe was named after the Italian race car driver Tazio Nuvolari. Alfa Romeo Nuvola features 2.5 liters, Twin-Turbo 60-degree V6 and a 6-speed manual transmission. The massively powerful V6 puts out a maximum power upto 296 horsepower at 6000 RPM. The top speed of the car is 174 kilometer per hour and an acceleration rate of 0-100 km/h in 6 seconds.

The Nuvola’s design is a homage to several famous Alfa Romeo designs like the 8C 2900, the 6C 2500 Villa d’Este and the 1900 sprint etc. The car featured futuristic looking LED read lights and the tyres were created especially for this car by Michelin. All the mechanical components were attached to a separate frame and were made with high strength steel tubing which provided the car with extra torsional rigidity with no extra cost. Image Credits @ knortix