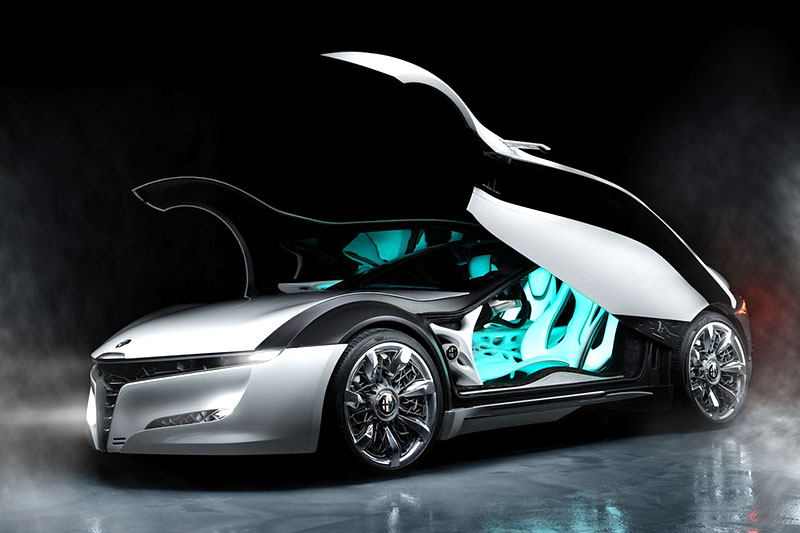 The Alfa Romeo Pandion is a concept car designed by longtime Alfa Romeo partners, Bertone Studios. The Pandion marks the 100 years of Alfa Romeo and was launched in 2010 at the Geneva Motor Show. While it is largely based off the Alfa Romeo 8C Competizione the main differences were its neo-modern design and its signature doors.

The main feature of the car is it’s out of the box design aesthetic which is evidenced by the car’s rear which looks like it has been ripped off due to the car’s high speed. The crystal like blades at the back of the car, while not an essential part of the car’s functioning in anyways provides a touch of modern and abstract art in car designing. The car’s signature doors open in a unique way by rotating backwards and open in a full 90 degree angle upwards.

The Pandion is essentially, a 2 seater coupe with a front engine rear wheel drive and is powered by a 4691 cc 90° V8 engine that produces 444 HP. The car’s top speed is a whopping 320 kilometer/hour with an acceleration of 0 – 100 km/h in 3.9 seconds. The car also featured special luminous seats which exemplify the fabric light bulb which makes them glow. Image Credits @ Alfredo Jones