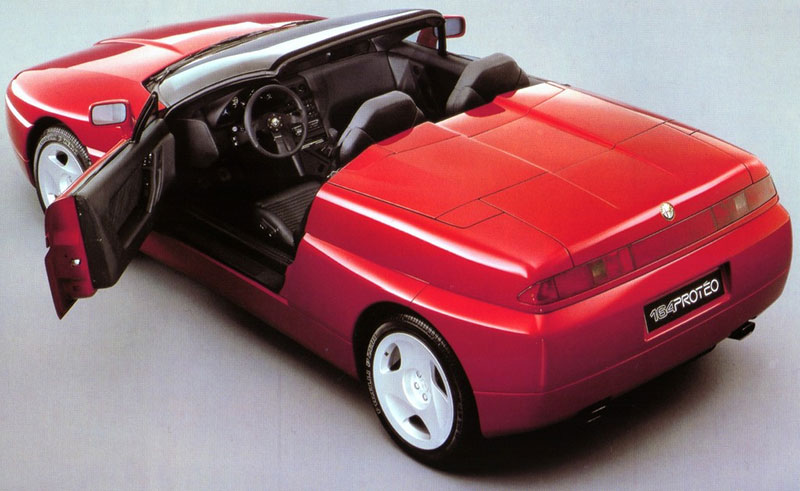 Designed by the then Centro Stile head Walter de Silva, the Proteo is a concept car released at the 1991 Geneva Motor Show. Proteo was based on the design of the 916 GTV/Spider by Alfa Romeo and featured a front engine 4-wheel drive setup. The car was powered by a 3 liter Alfa Romeo V6 and a 5-speed manual transmission. The 24-Valve, 60 degree V6 engine produced a maximum power output of 256 hp giving the car a maximum speed upto 250 kilometers per hour. The Proteo’s floor plan is a modified version of the one used for the Alfa Romeo 164. Today, the car can be viewed at the Alfa History Museum in Arese at Milan, Italy.

The car is a high tech and high performance 2 seat convertible saloon car. The car’s design is very similar to the Alfa Romeo 156. After the car was unveiled, it was announced by Alfa Romeo that 2000 examples of the car would be made for a limited edition released. However, the car’s production couldn’t go beyond 3 fully functional prototypes. Image Credits @ Daniel