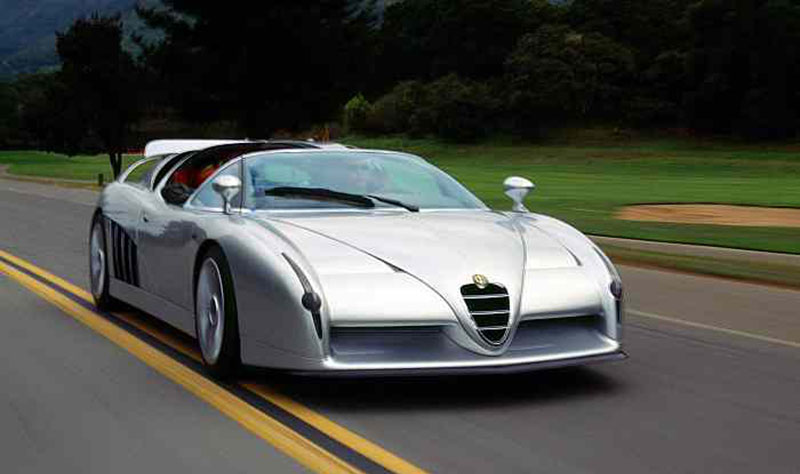 A futuristic fully functional concept car, Alfa Romeo Scighera was launched in 1997 at the Turin Motor Show. The lead designer of the car is the son of Giorgetto Giugiaro, Fabrizio Giugiaro from Italdesign studios. The Scighera’s body is made in cast aluminum and is based on the Alfa Romeo 164. The frame is made with a composite of aluminum and carbon-fiber. The 3.0 L (180 cu in) twin turbo V6 engine that powers the car produces 256 HP and gave the vehicle a top speed upto 299 km/h.

The car was supposed to go into a limited edition production phase but that never happened. The Scighera features a 4 wheel drive with a 6-speed sequential manual transmission. The 2 door coupe also features a streamlined and futuristic design and a mid-engine, 4 wheel drive layout. The car also appears on the PC version of the racing game Need for Speed III: Hot Pursuit as the Italdesign Shighera. Image Credits @ kiklopcuk