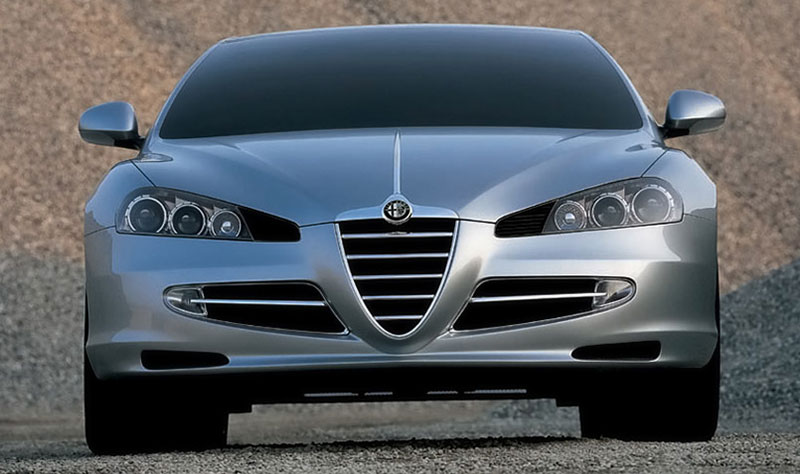 First launched at the 2004 Geneva Motor Show as a concept car, Alfa Romeo Visconti is a 4 door coupe based on the Alfa Romeo 159. Visconti is powered by a 60° V6 3.2 L (3195 cc) JTS Twin Turbo engine with a 6-speed Automatic Transmission. The engine produced a maximum power of 399 HP at 6000 RPM. The car followed a front engine, 4-wheel drive layout and front and rare Brembo’s composite ceramic disc brakes.

The car was designed by Giorgetto Giugiaro Italdesign Studios and is nearly 5 meters long. The car was a large sized hatchback with an extended tail end and is based on the Fiat Premium Platform. The name Visconti is derived from a Royal family based in Milan, Italy. Image Credits @ Eddie Phạm