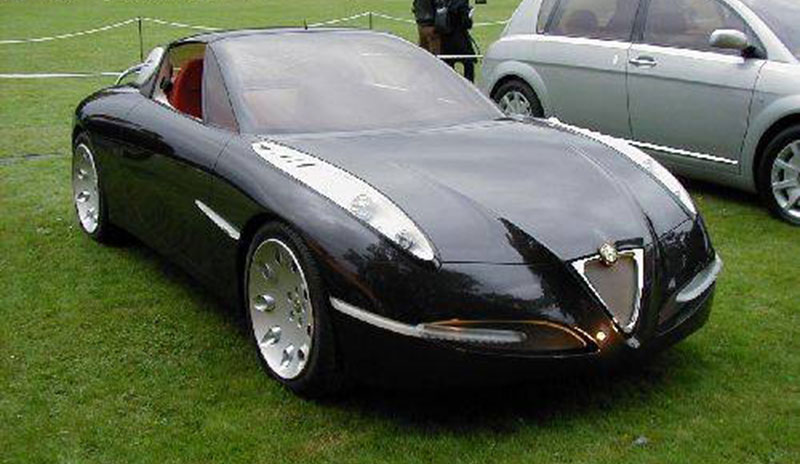 The Vola concept car was unveiled at the 2001 Geneva Motor Show and was conceived with an idea to create a modern and high tech variant of the Alfa Romeo Spider. Alfa Romeo Vola is also called the Alfa Romeo LF and was designed by Leonardo Fioravanti. The special feature of the convertible is the rotating hard top. The top instead of taking up space in the back fits in a small space intended especially for the top. This feature leaves the space in the back free for luggage and other stuff.

The Vola is powered by a 3 liter V6 that produces 192 BHP and features a 5-speed manual transmission. The car is built on a chassis derived from the 916-Spider and follows a front engine, front wheel drive layout. The Vola was originally painted black with red colored interiors, but was re-launched in 2005 at the Geneva Motor Show with red paintwork and brown colored interiors. The 2005 version also had a redesigned rear end in vein of the Ferrari Superamerica. Image Credits @ mike