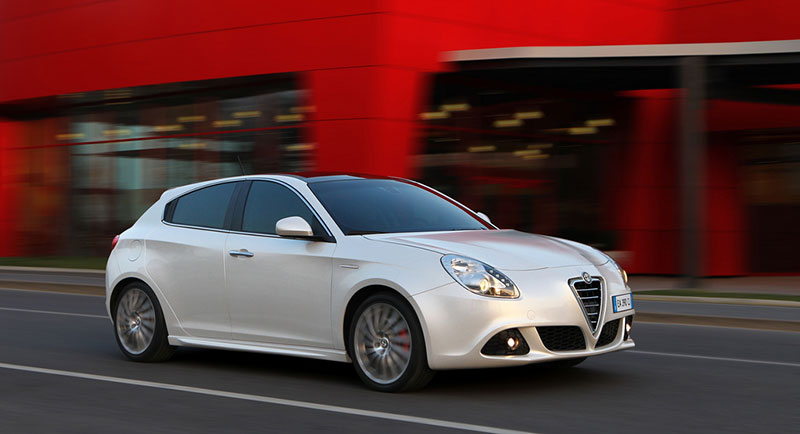 The new version of the Alfa Romeo Giulietta was launched in 2010 at the Geneva Motor Show. The Giulietta was intended to replace the discontinued Alfa Romeo 147. The 2010 Giulietta unlike the older models is a five-door hatchback which is built on the ‘Fiat Compact’ platform which will also be used for the upcoming Alfa Romeo Giulia and C-SUV.

The Giulietta is available in both front wheel and 4-wheel drive with around 8 different types of engine variants. The new engines introduced to this series are the turbocharged 1.4 liter T-jet petrol engine and the M-jet Diesel engine. The manual and dual dry clutch gearboxes are also available. The new Multiair system featured in the new engine designs controls the amount of air that goes into the engine which in turn affects the engine’s torque while maintaining the engine’s efficiency.

The Alfa Romeo Giulietta contains a wide verity of electronic devices which come as standard features in the car. The Vehicle Dynamic Control, Electronic Stability Control, Alfa DNA and Dynamic Steering Control are the standard features which helped the Giulietta gain a 5 star rating at the Euro NACP test results and makes it one of the safest compact cars to be ever built. The various trim levels available for the Giulietta and 3 different sized wheels are featured in the different trim levels of the Giulietta.

In 2010, a trim level, known as the Quadrifoglio Verde or the Quad Verde was launched and was the trim level with the highest number of specs and features a 1.75 Liters Turbocharged TBi engine and larger wheels etc. The Quad Verde variant was updated in 2014 at the Geneva Motor Show and features aluminum cast engine and a TCT twin dry suspension which is borrowed from the Alfa Romeo 4C. Below is the list of the different trim levels and their different engine and gearbox variants.

The Alfa Romeo Giulietta was featured in the Hollywood motion picture ‘The Fast and The Furious 6’ as one of the hero cars and spawned 6 limited edition cars with the cast member’s autographs on the dashboards. The various awards won by Alfa Romeo Giulietta are listed as follows.