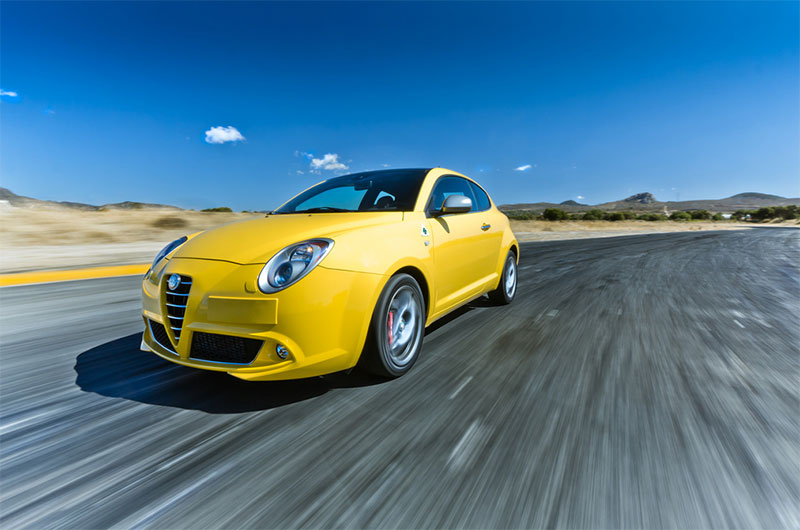 The word ‘MiTo’ is Italian for legendary or mythical. It is also an amalgamation of the first two letters of the cities Milan and Turin in Italy. The car was formerly named as Alfa Romeo ‘Junior’. However, in 2007 Alfa Romeo hosted a competition for the general public for the name of the car at the chances of winning an Alfa Romeo Spider or an Alfa Romeo Mountain Bike. The winning name was ‘Furiosa’, which, for reasons unknown, was not very well received in Spain. On the 14th of March 2008, the car was announced to be named Alfa Romeo ‘MiTo’ as the car was designed in Milan and was assembled in Turin. MiTo was introduced at a Motor Show in Milan and then at the British Motor Show.

The car is a 3-Door Hatchback which is built on the Fiat Small Platform, like the Opel Corsa and The Fiat Grande Punto. The car was launched to compete with the cars by MINI and Audi and was based loosely on the Alfa Romeo 8C Competizione. MiTo has a luggage space of 8.8 cubic ft. and LED tail lights. The car was designed by Alfa Romeo’s very own Centro Stile designs and has spawned several variants since its launch in 2008.

The ‘MiTo’ features a new signature gearbox system called as the ‘Alfa DNA’ which controls the behavior of the engine, suspension and breaks based on 3 different settings. The three DNA settings are namely Dynamic, Normal and All-Weather. The Q2 differential on the front wheels also allowed for better handling and gets active when the DNA system is switched to the Dynamic mode.

The Alfa Romeo MiTo has been updated twice so far, each time bringing a whole new range of features and changes in design and specifications. The 2010 version of the MiTo was unveiled at the Geneva Motor Show and introduced a new six-speed TCT transmission produced by the Fiat Powertrain Technologies. The 2010 update also introduced a new Blue&Me infotelematic system integrated with the TomTom navigation system. In 2014, another new update of the MiTo was launched which has several new features like the new engine, a chrome plated grille, refurnished headlights and interiors including the upholstery and dashboard. The different Alfa Romeo MiTo variants are listed as follows.

Apart from the above 4 there were several special and limited editions of the Alfa Romeo MiTo were launched including a concept car. The list is as follows:

The Alfa Romeo MiTo, due to its revolutionary design and features, received several awards and accolades.