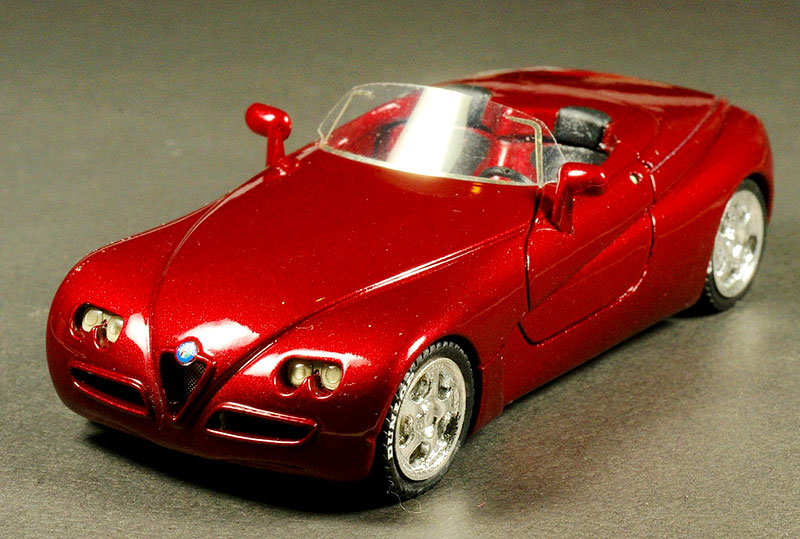 Also known as the Sbarro Issima, the car is based on the concept designed by the Swiss design company, Sbarro. Alfa Romeo Issima was unveiled at the 1996 Geneva Motor Show and is an open top roadster and is similar in design to the Alfa Romeo Nuvola concept car, which was launched the same year. The design of the car was instrumental in inspiring the design of the later Alfa Romeo GTV.

The Issima is powered by a 5.9L V12 which is actually a pair of 3.0L V6’s which are combined together to produce 500 HP. The dual frame chassis and the butterfly door were few of the several striking features of the car. The car also features a 5-speed manual gear box and a front engine, rear wheel drive layout. The dashboard of the Issima is a homage to the retro-styled color schemes from the 60’s and is kept relatively simple with a speedometer and a large tachometer. Image Credits @ Benny